I have made another layout for our album from the trip to Rome some years ago. I've used this weeks sketch at Let's Scrap. 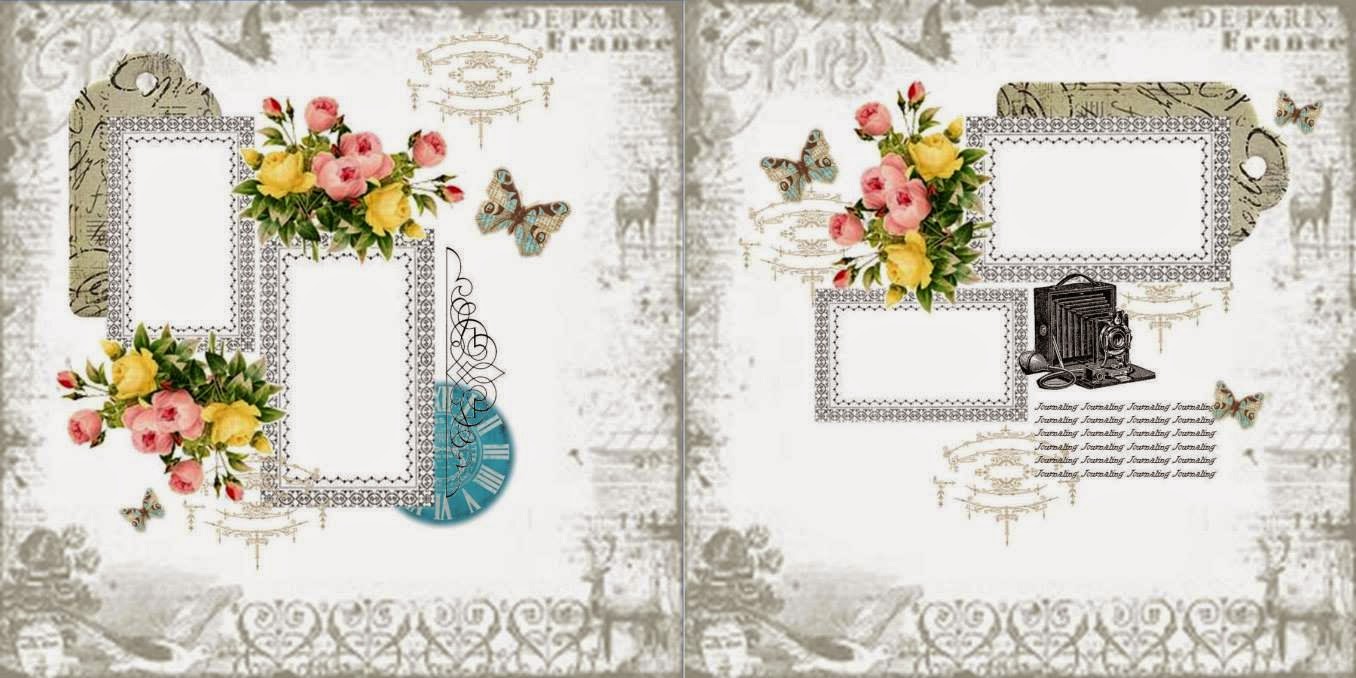 My double page layout with photos from the church Santa Maria Maggiore: 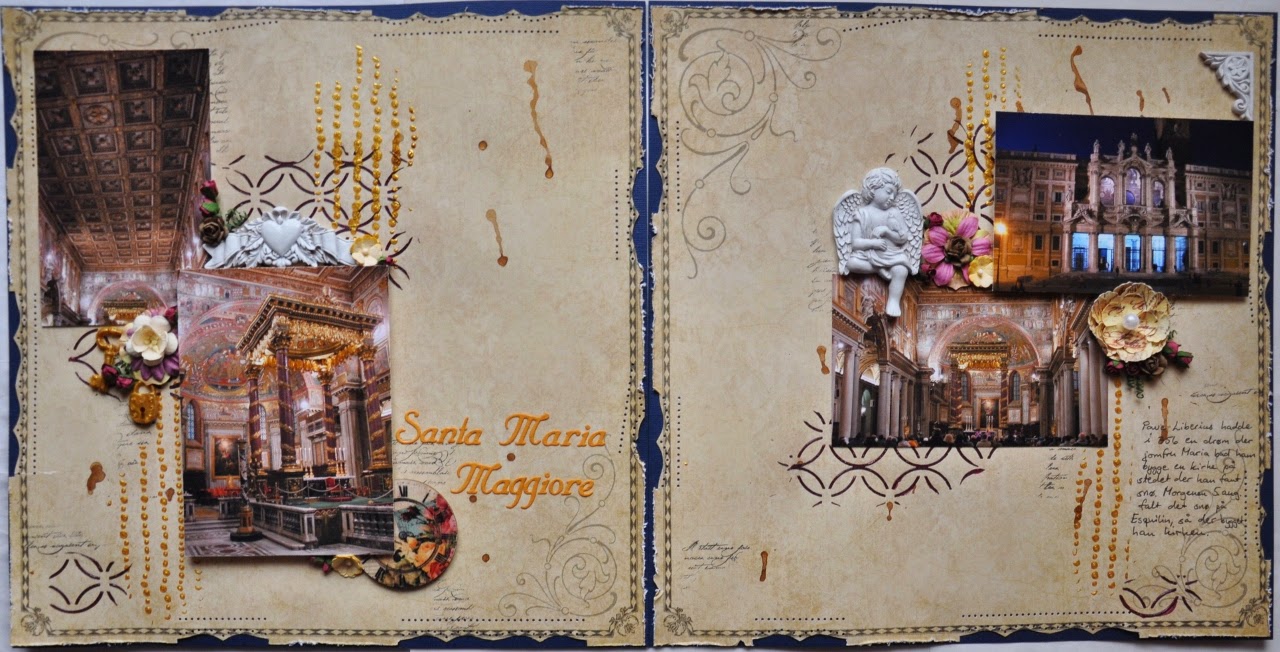 I have been playing with paint, mist, stensils and a stamp.
Her you see a flowercluster with the paints in the back. The lock and the key are made with Mod Podge silikon forms. 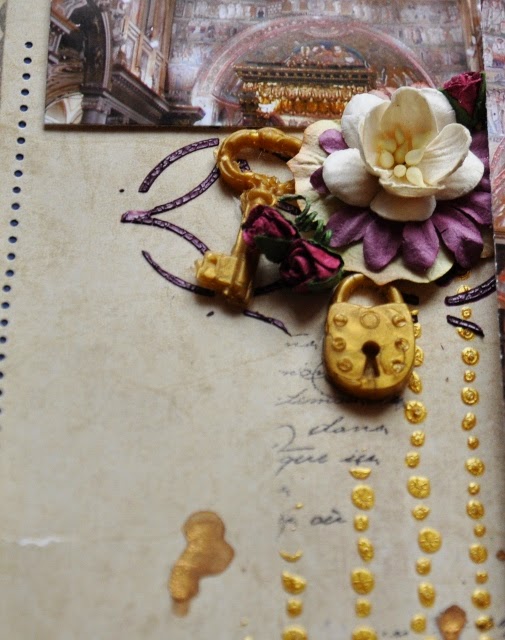 Here you can see more of the back. The paint is Viva Crackle paint in gold and burgunder. 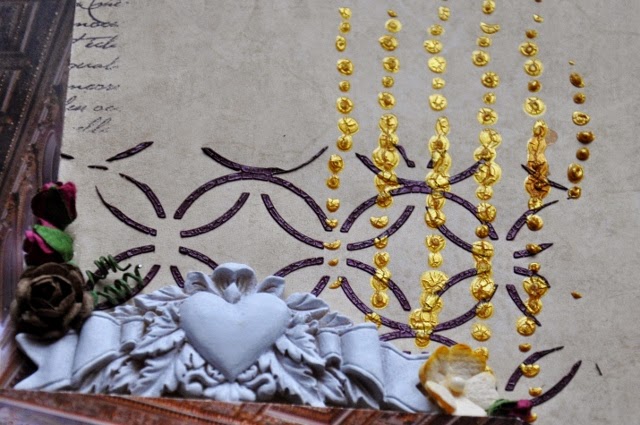 The text stamp I have used randomly over the two pages is from North Star Stamps. 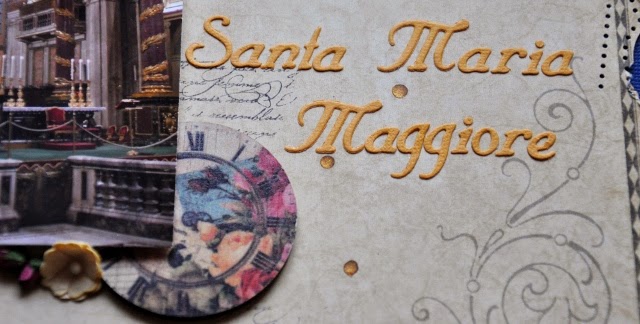 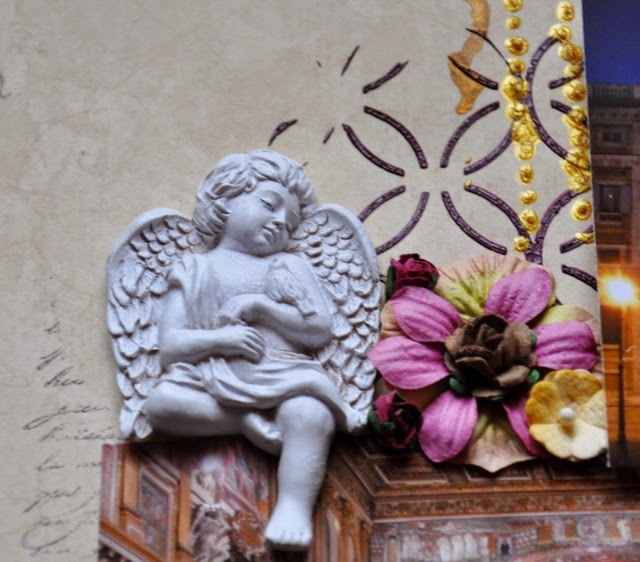 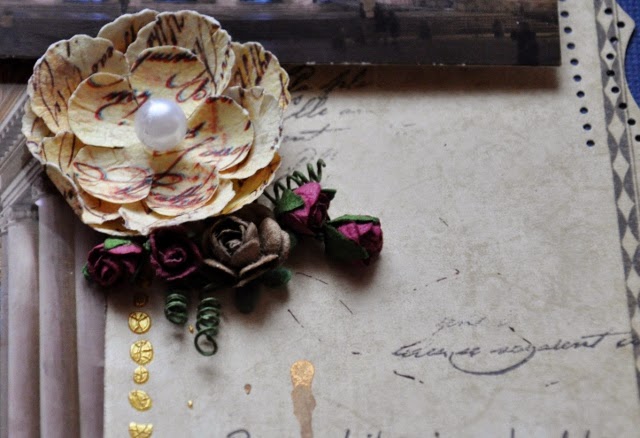 The story about why the church is built where it is.
It says "Pope Liberius had a dream in 356, in which virgin Mary told him to build a church at the place where he found snow. In the morning on August 5. it fell snow on Esquilin (one of the heights in Rome) so there he built the church.". 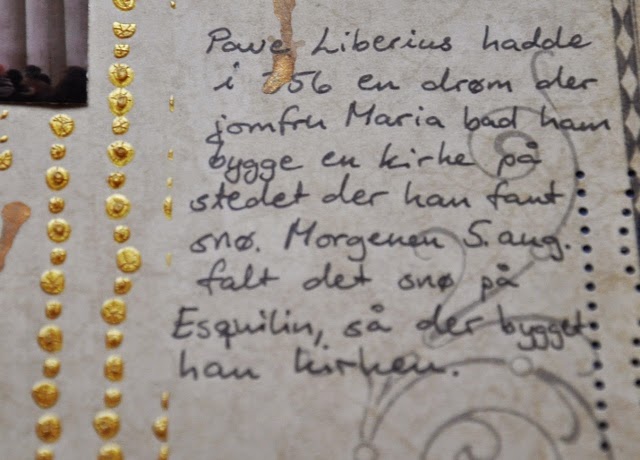 Beautiful layout!! Love the angel and all your painting and distressing techniques!
Thanks for joining us at Let's Scrap!

Beautiful details of the pages. Hanne, what a wonderful job on the sketch!
Thanks for sharing at Let's Scrap!

Wow wow, what an gorgeous layout !!! Love all the beautiful details. Thanks for joining us at Let's Scrap.

Gorgeous layout!!! I love the gold detailing and the handwriting!!! Thanks for joining us at Let's Scrap Sketches!! 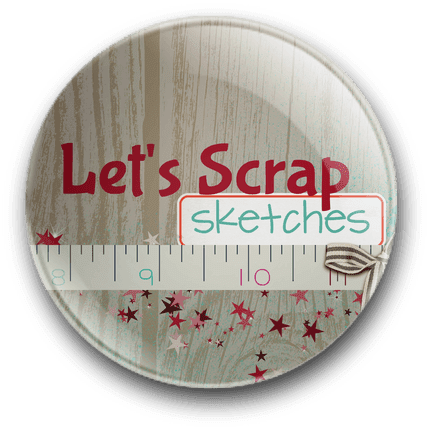